We have been SO busy and SO inspired by what we have done, seen, and experienced óff the grid´for the last several days.
The Temples at Tikal were gasp worthy and students at the top of Temple One (gigantic) got a taste of what it was like to be a Mayan Priest at the top of a temple when the skies opened (as in really opened).
The trip to the indigenous community near the town of Chisec was so inspiring.  These Maya people refused to flee during the civil war.  The town of Chisec was virtually wiped out by the soldiers and thousands of Maya people were murdered.  This brave group of 23 families stayed on their land and have retained the land.  Others who ran away had their land confiscated.  The people of this community, Candelaria, found ancient caves on their property including Mayan temples.  We walked the land for hours and toured caves on foot and tubed through the caves with flashlights.  The day at Candelaria culminated in a Maya ceremony with a priest and priestess who led us in procession through a field of unspeakable beauty to the ceremonial cave where blessings were bestowed in the Q´quiche language and the kids were included in prayer to the four directions.  It was so moving to see our children walk for half an hour without speaking a word and to see the emotion on their faces.  I will have pictures of this day soon. 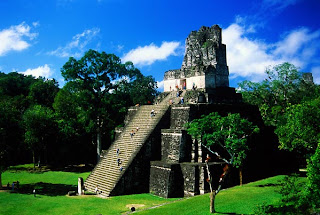 I am behind in my blogs because we are frequently busy and not in front of computers. YAY.
Posted by Access Education at 9:23 AM 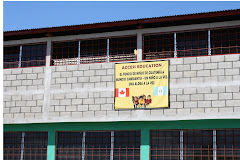